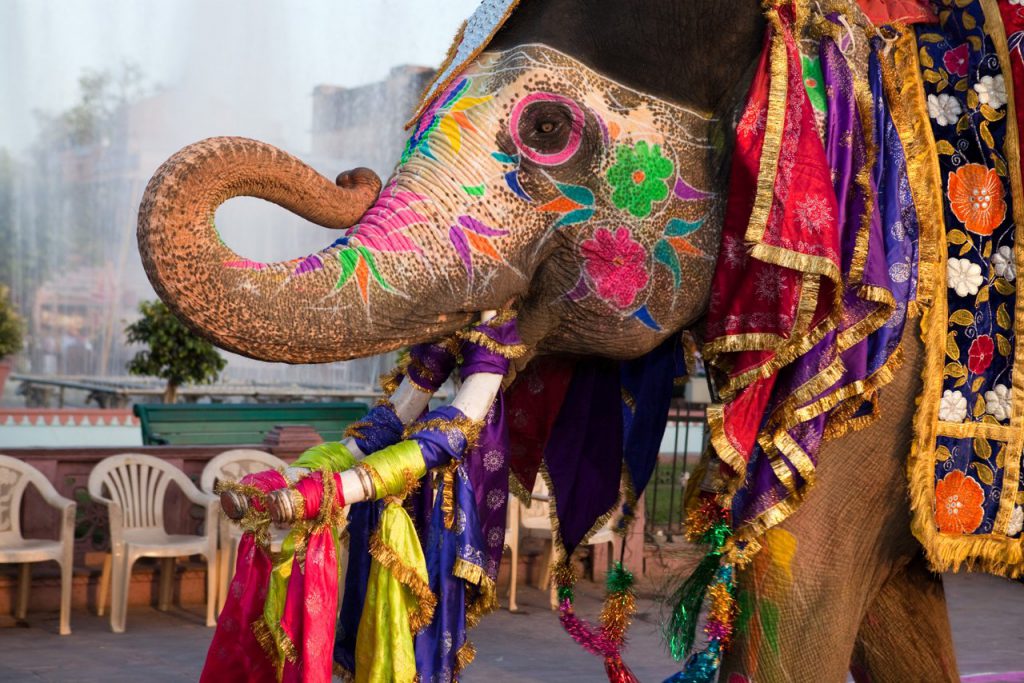 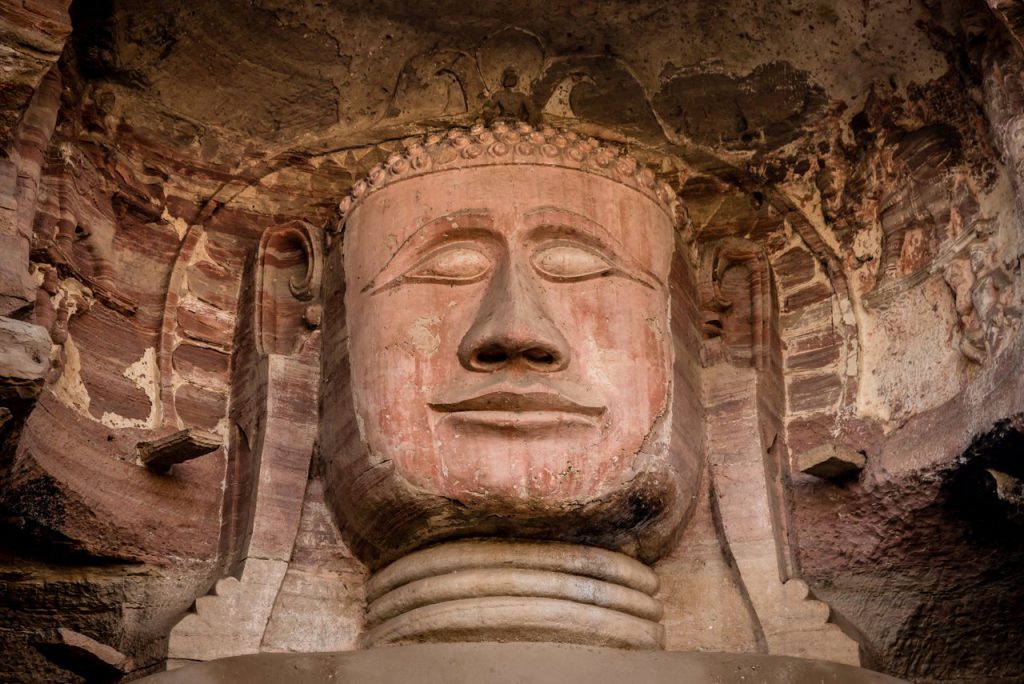 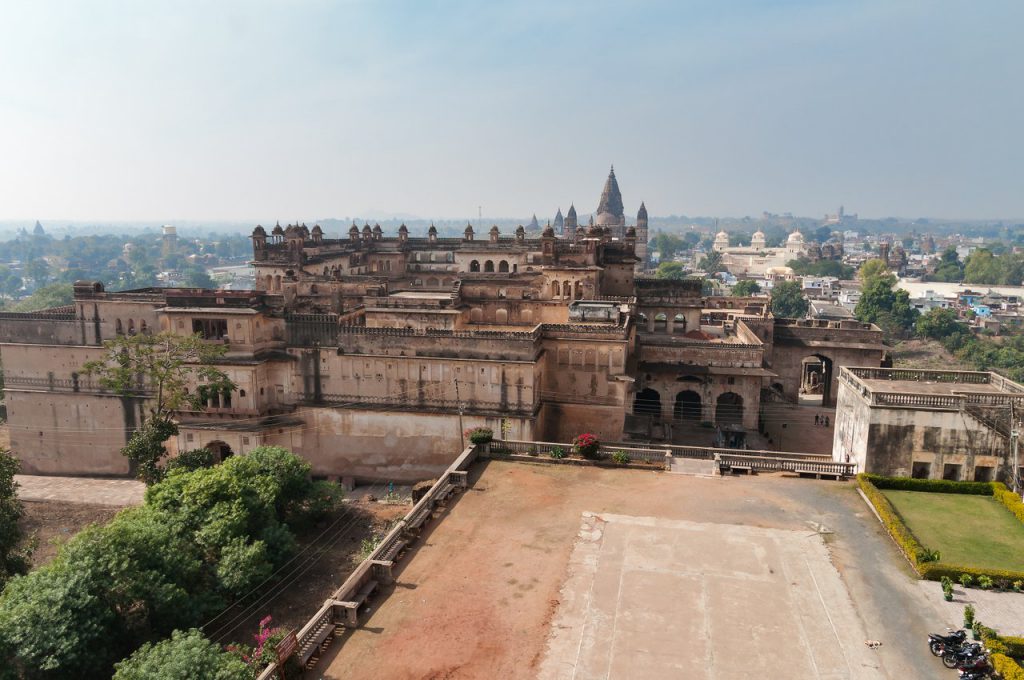 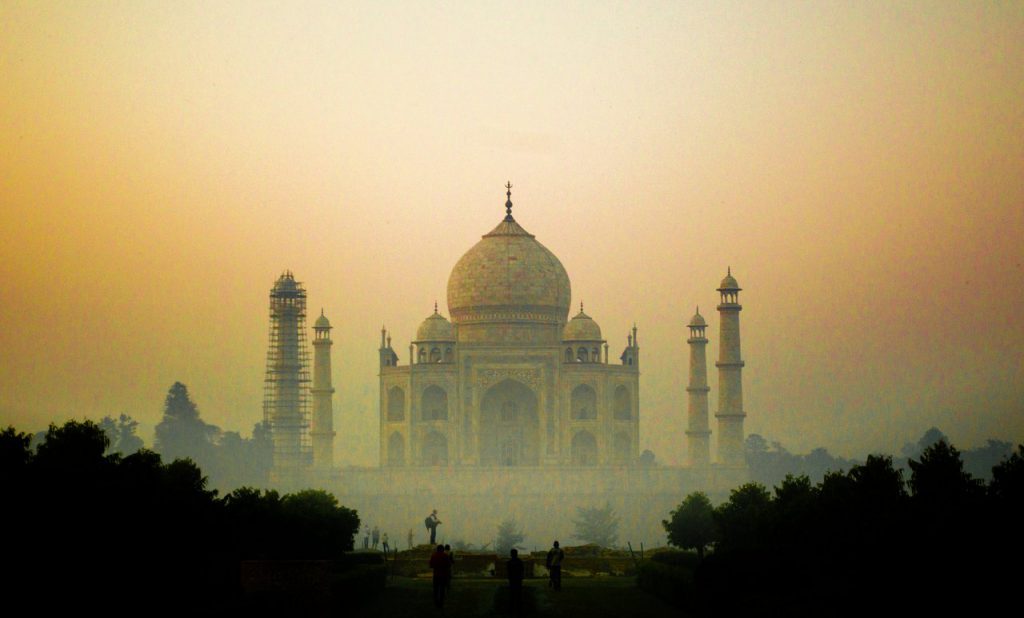 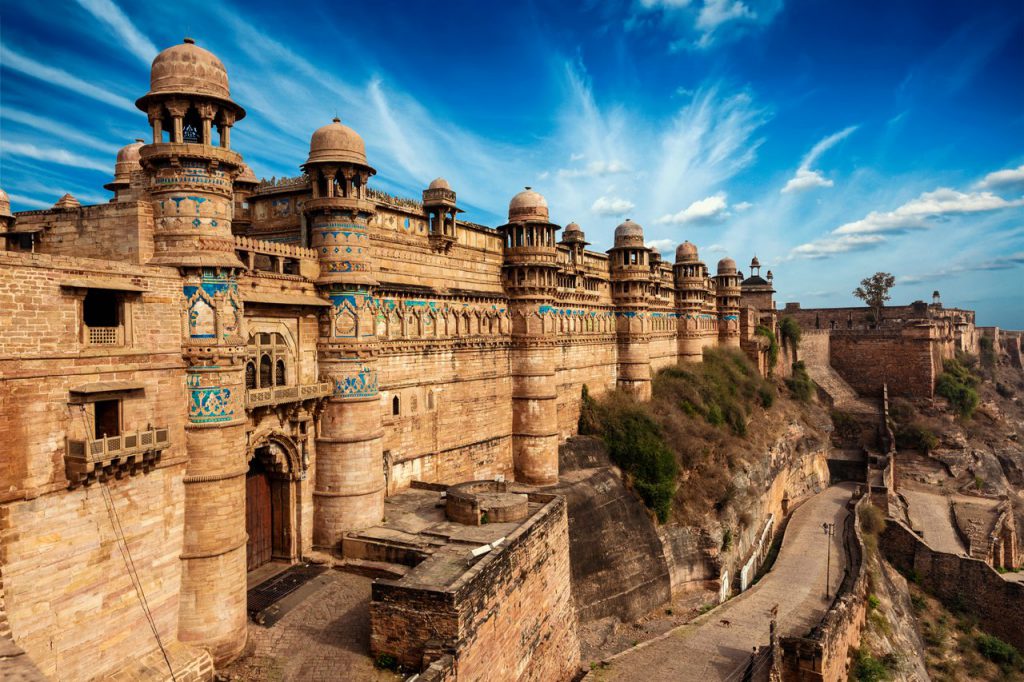 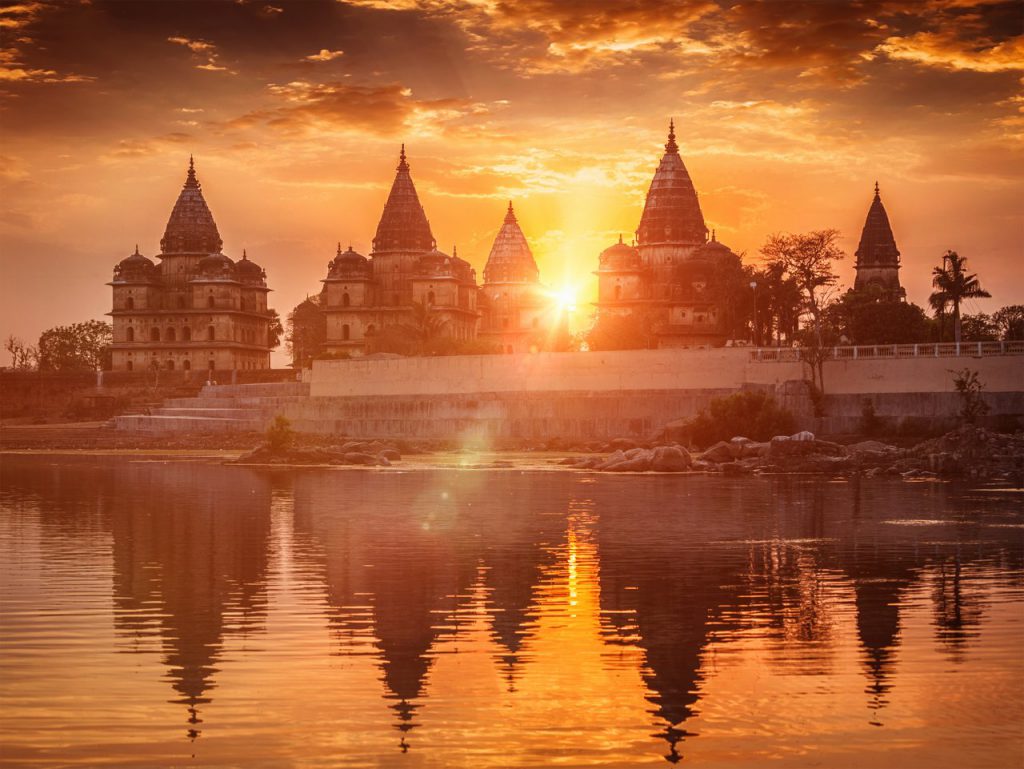 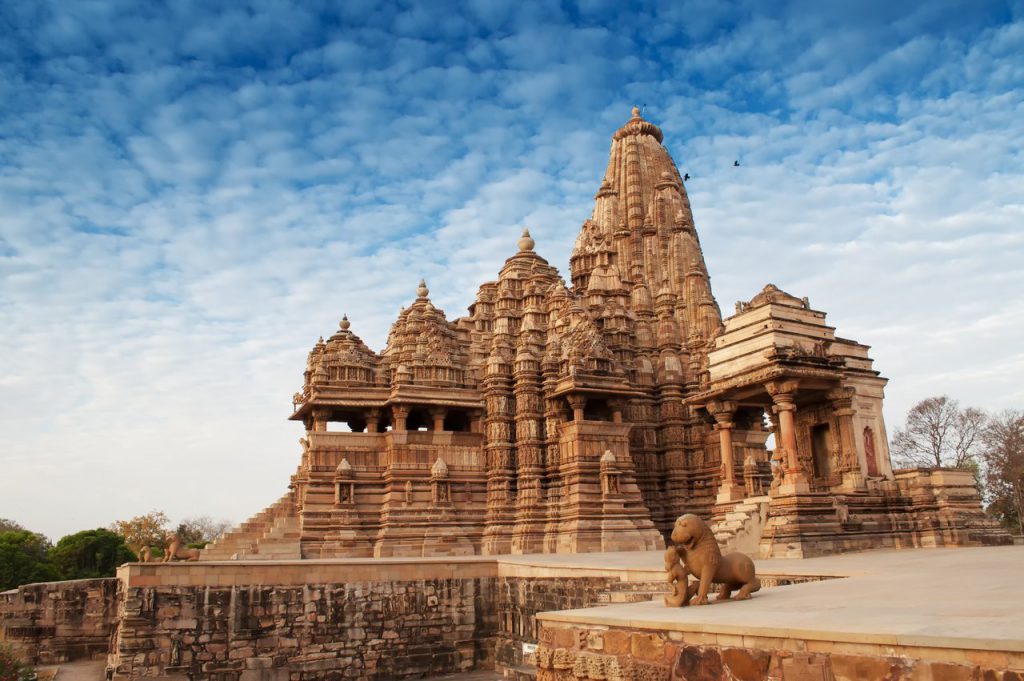 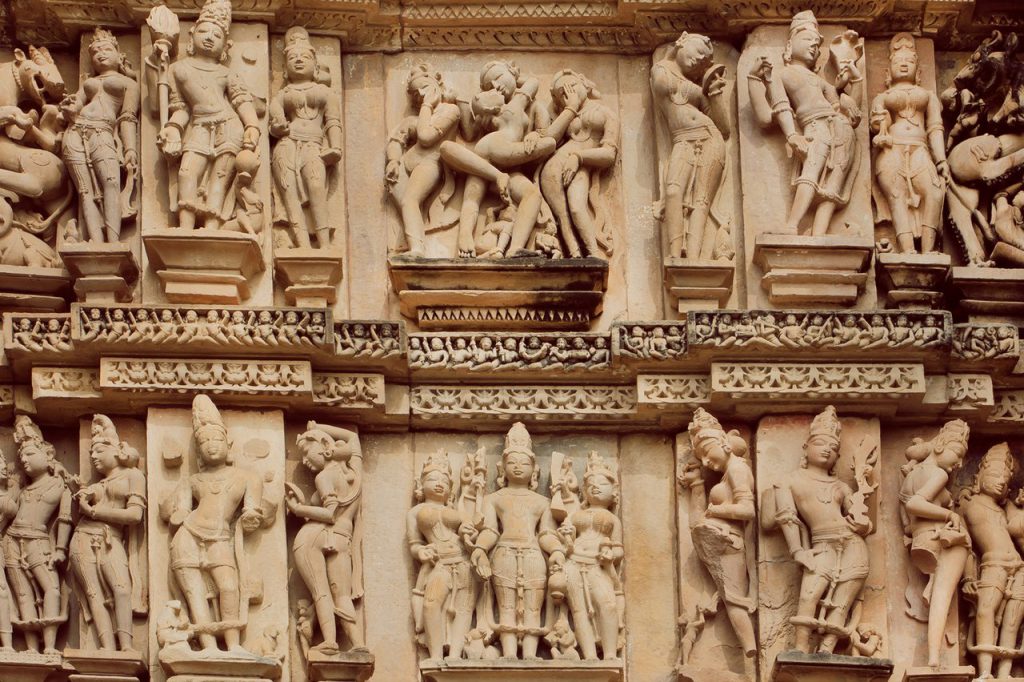 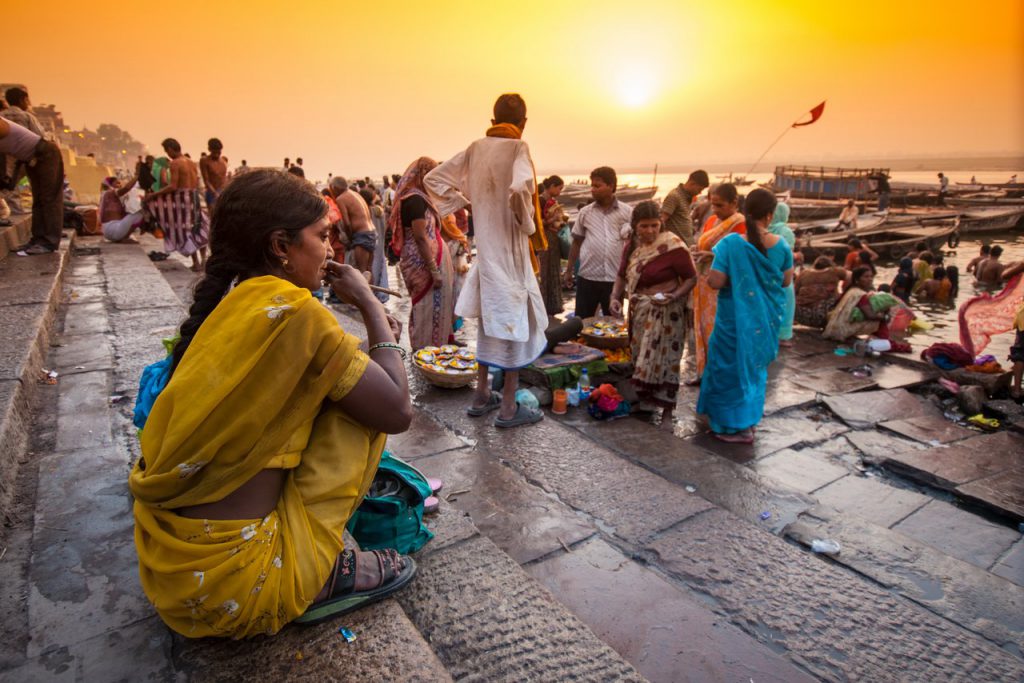 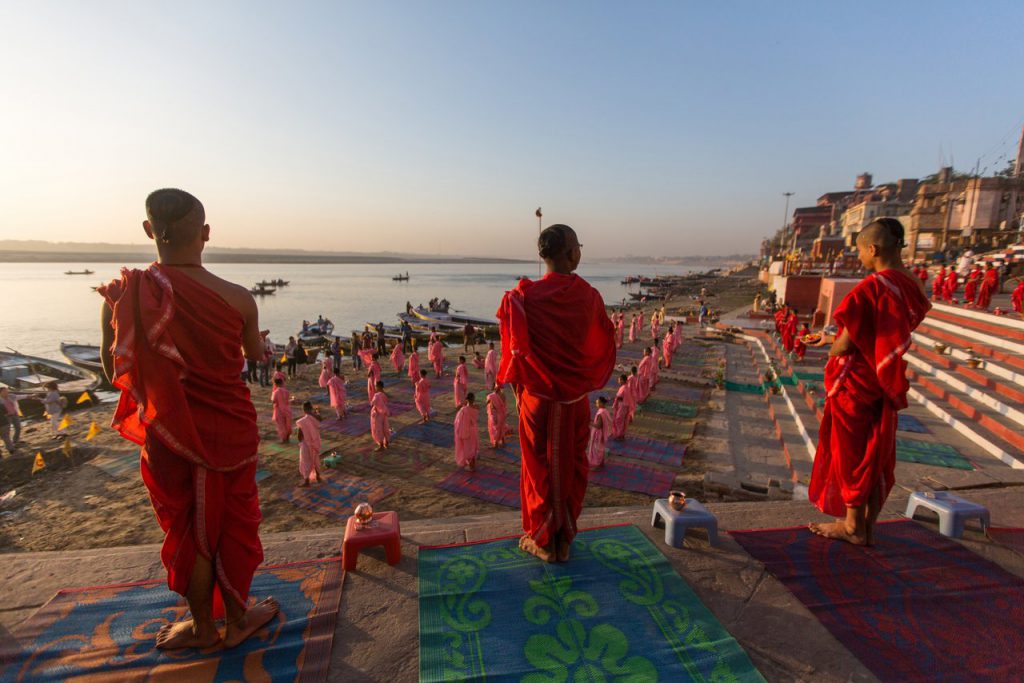 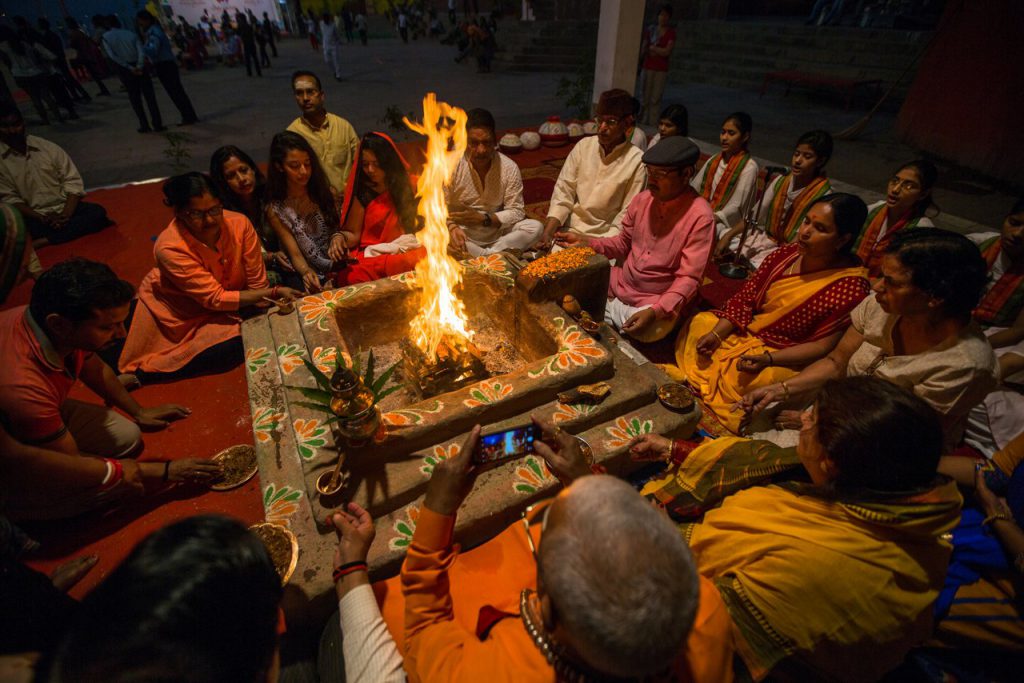 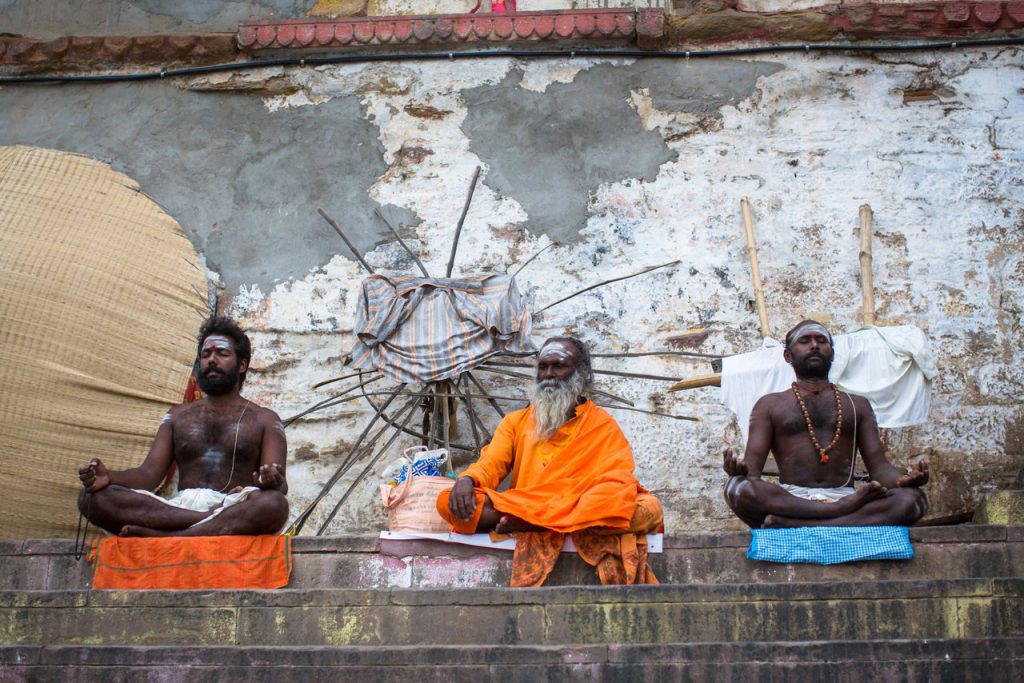 Classical India: Departures from December to March.
An extraordinary program to get to know the most classic destinations in India. We leave from Delhi to go down towards Jaipur, and then to Agra where the Taj Mahal is located. It continues towards Khajuraho and its temples. Then Allahad place where hundreds of thousands of Sadu gather for the Kumbah Mela. Last destination is the sacred city of Varanasi.

In the early evening, meeting of participants at Milan Malpensa airport to embark for the flight to Delhi. Direct and night flight. So you can rest and arrive fresh at your destination to start your fantastic journey.

Today upon arrival at the Internzaionale airport you will be welcomed and assisted by our representative, transferred to the hotel.
Check-in at the Hotel.
Accommodation and departure for the visit of Delhi..
Today we will visit Rajghat, Jama Masjid in Old Delhi, the largest mosque in India subsequently the Red Fort then India Gate the monument to the fallen built by the British then the Rashtrapati Bhawan - one of the largest presidential palaces in the world finally the Qutub Minar and Bangla Sahib.
Overnight at Hotel.

In the morning, after breakfast, drive to Jaipur, . Upon arrival check-in at the hotel. Overnight at Hotel. 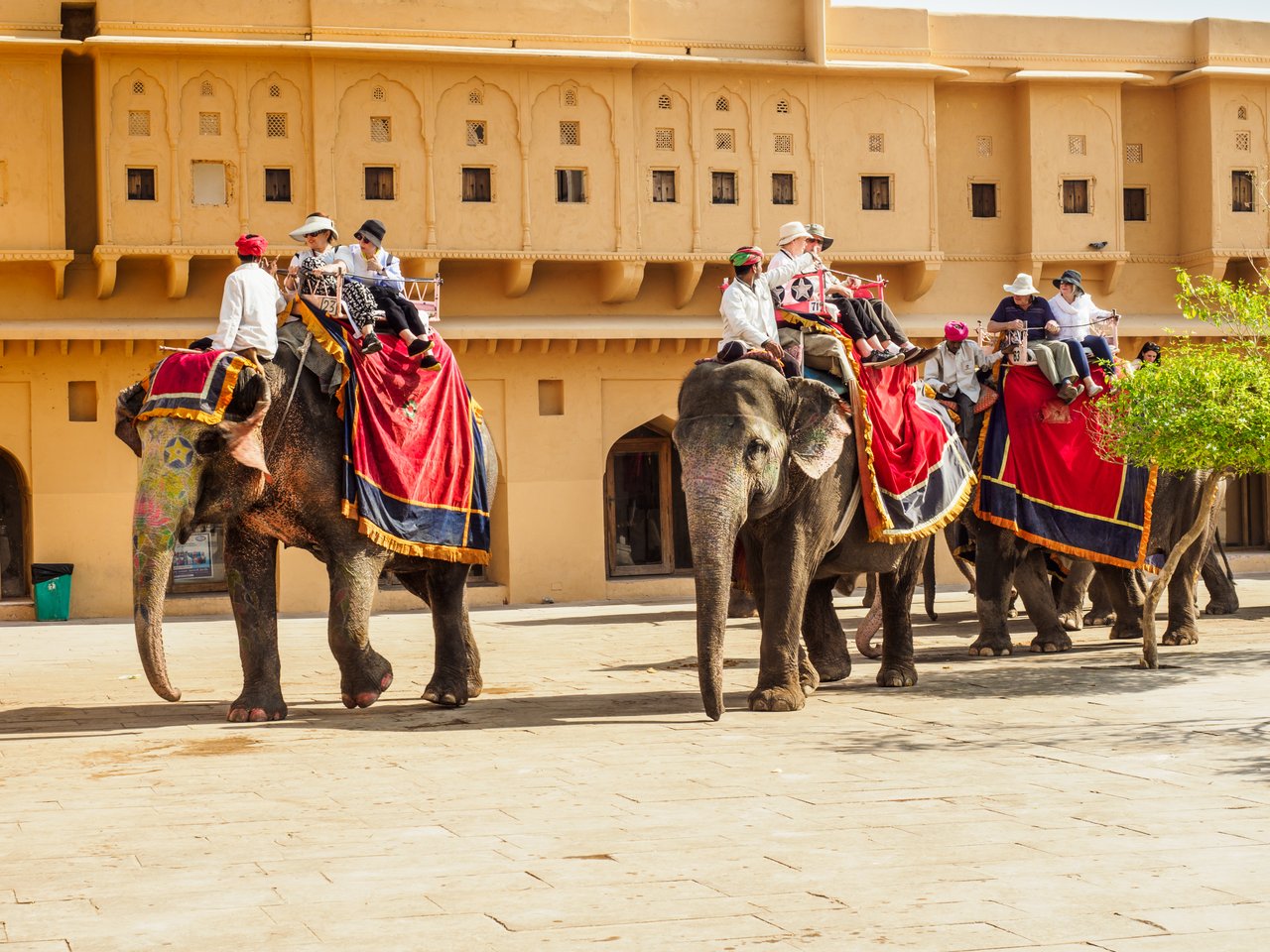 Early morning after breakfast we will proceed for the excursion to the Amber fort. Amber Fort is located at a distance of 11 km from Jaipur and was the old fort of the Amber Kachhwaha clans that used to be the capital until it was moved to Jaipur. Amber Fort, located just outside the city, is perhaps the most beautiful examples of Rajasthani fortresses and gives a great view of the city. Later we will begin the visit of the city including City Palace the former royal residence built in a mixture of Rajasthani Mughal styles, Jantar Mantar the largest of the five observatories built by Sawai Jai Singh, the Hawa Mahal or the palace of the winds that is was built for the royal ladies to watch the royal processions without being seen. Overnight at Hotel. 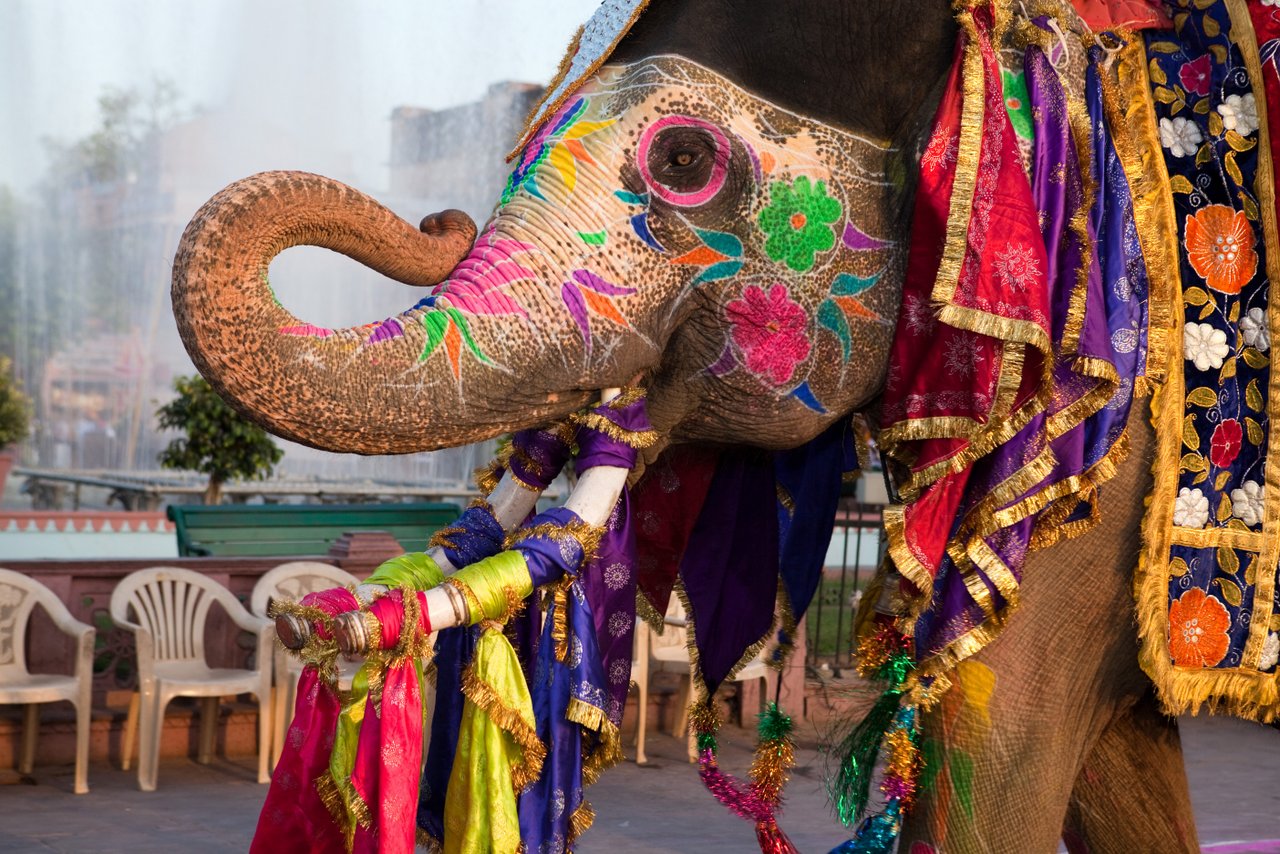 In the morning, after breakfast departure by car for Agra visit along the way we will visit Fatehpur Sikri. Upon arrival check-in at the hotel.
Afterwards we will proceed to the tour of the city of Agra visiting the famous Taj Mahal, built by the Mughal emperor Shahjahan in 1560 in memory of his queen Mumtaz Maha to sanction her mortal remains. Also visit Agra Fort containing the Pearl Mosque - the majestic and rusty Red sandstone agra Fort located on the bank of the Yamuna River. Overnight at Hotel 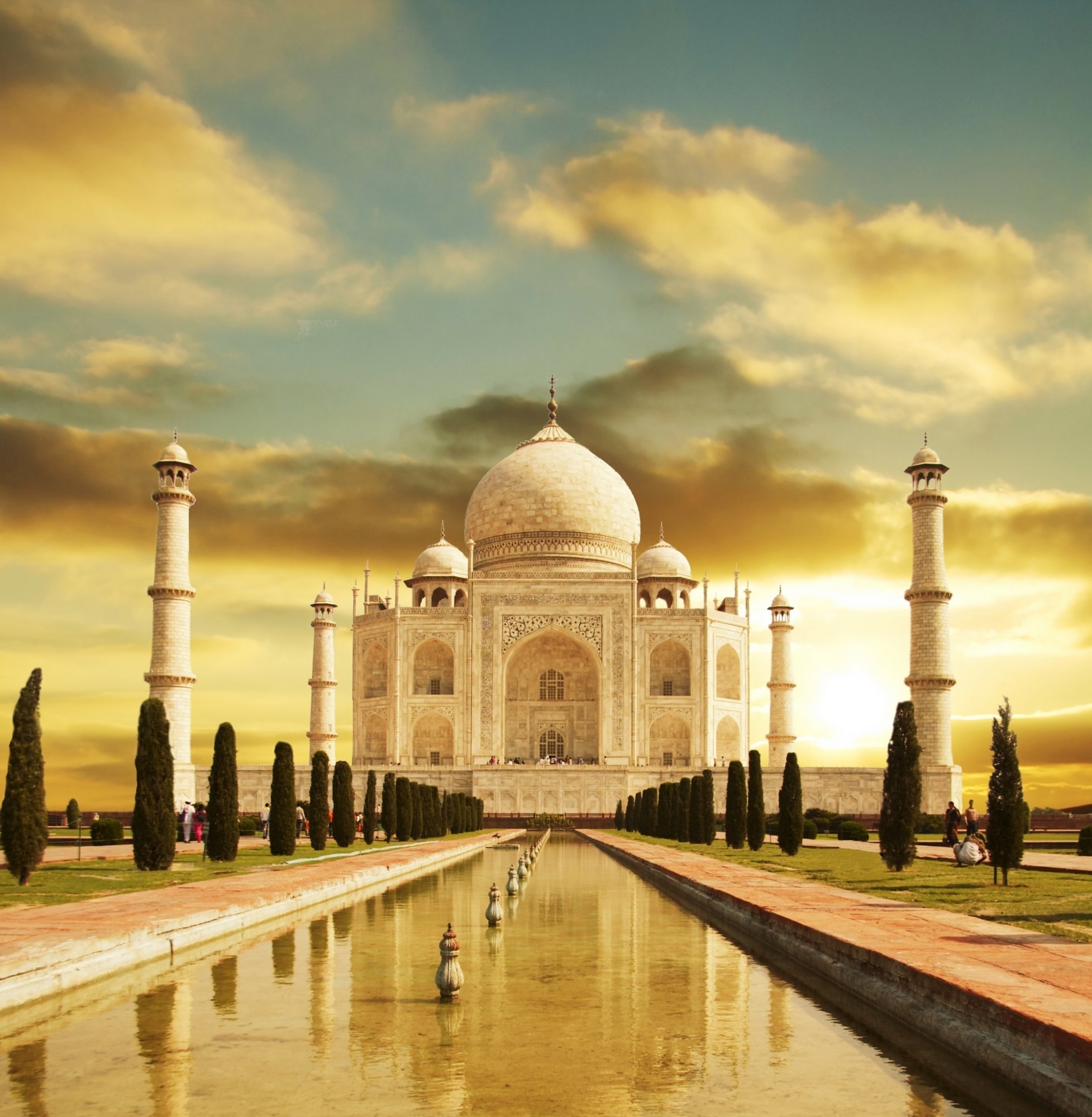 In the morning, after breakfast departure by car to Gwalior. On arrival check-in at the hotel. We will then continue to visit this imperial city. The visit includes a visit to the huge Gwalior Fort located on a high hill, Sas Bahu ka Mandir, Jai Vilas Palace, Moti Mahal, Mansingh Palace and the Museum. Overnight at Hotel. 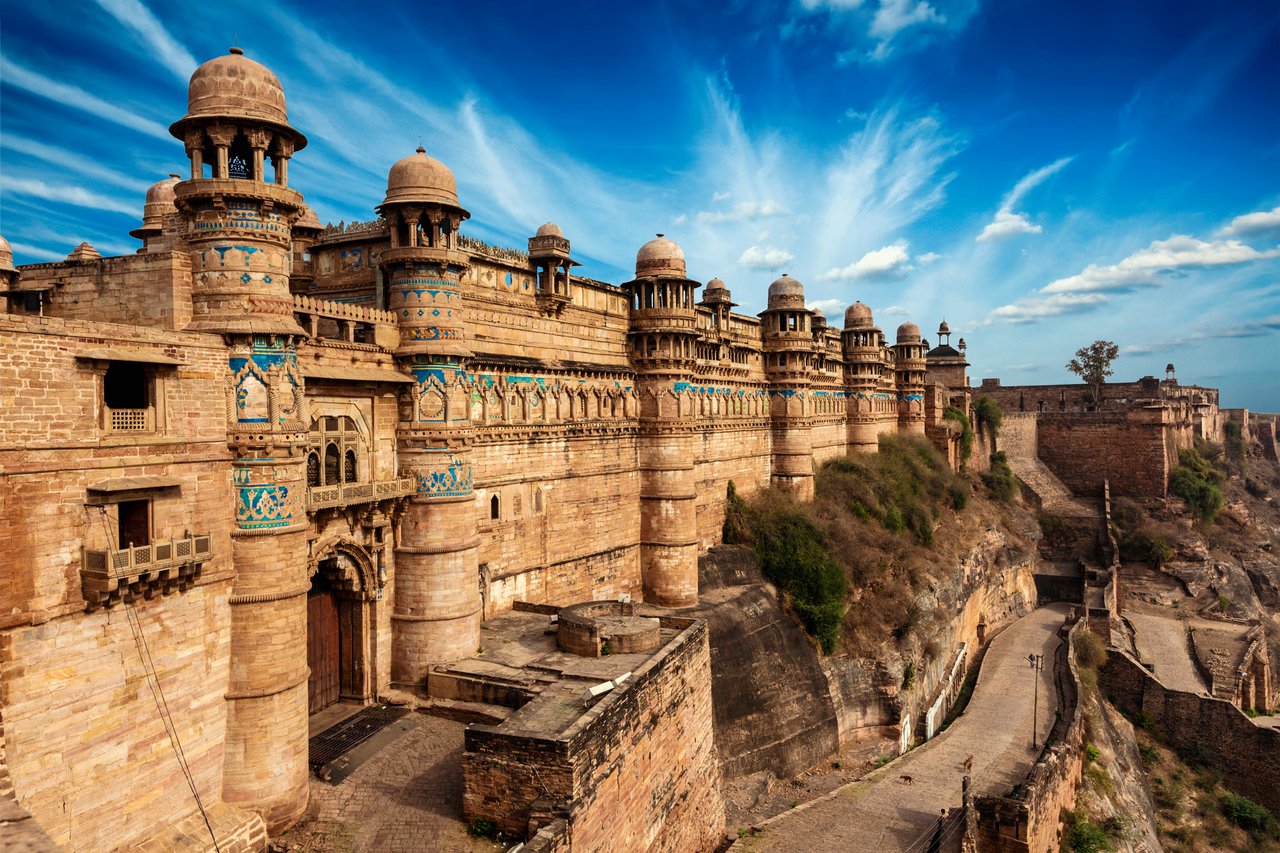 In the morning, after breakfast, departure by car to Orchha. Upon arrival check-in at the hotel. Later visit the large palaces built by the Maharaja Bir Singh Deo in the XNUMXth century on an island in the Betwa River. Overnight at Hotel. 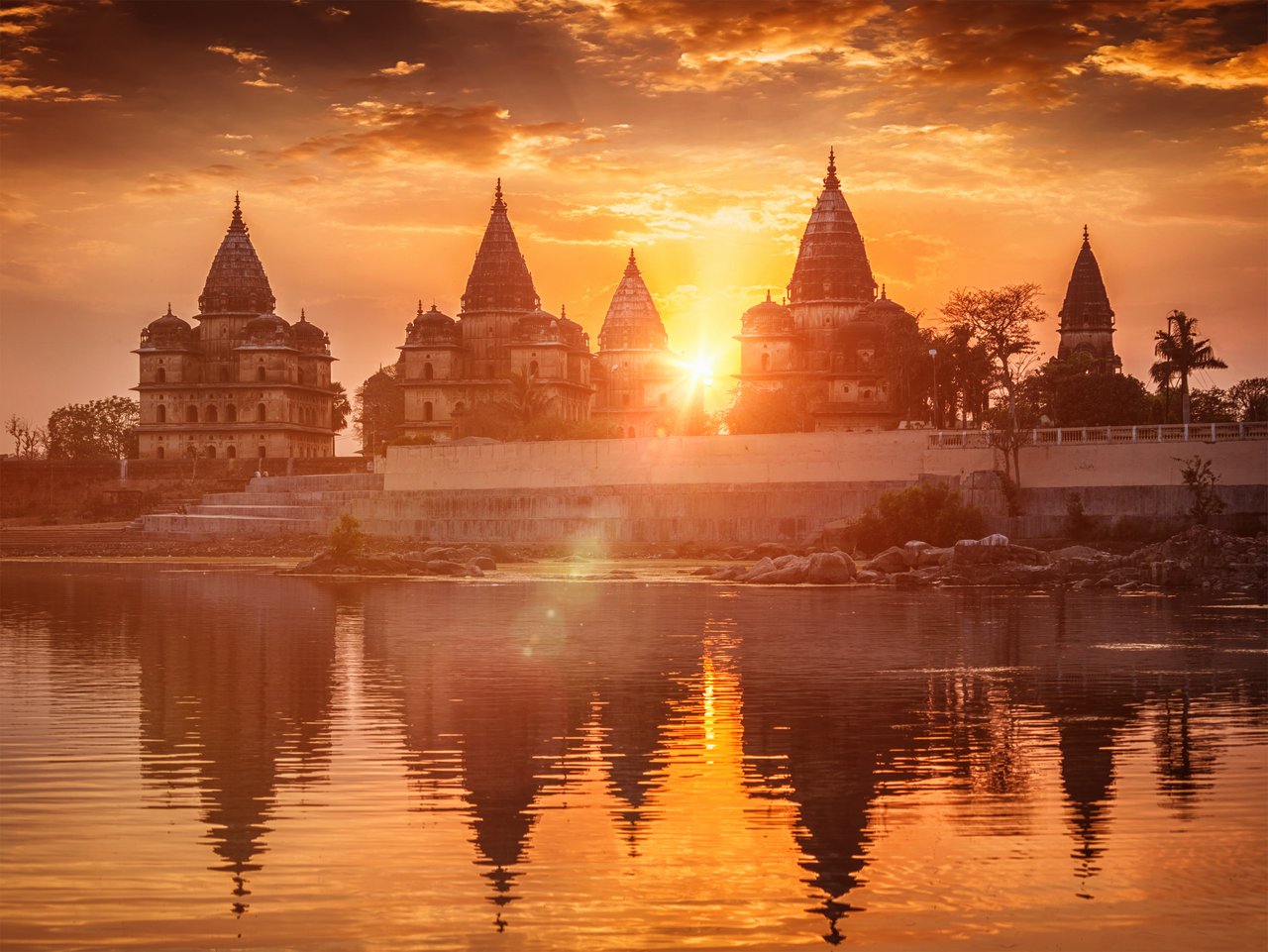 In the morning, after breakfast, departure by car to Khajuraho. Upon arrival check-in at the hotel. Overnight at Hotel. 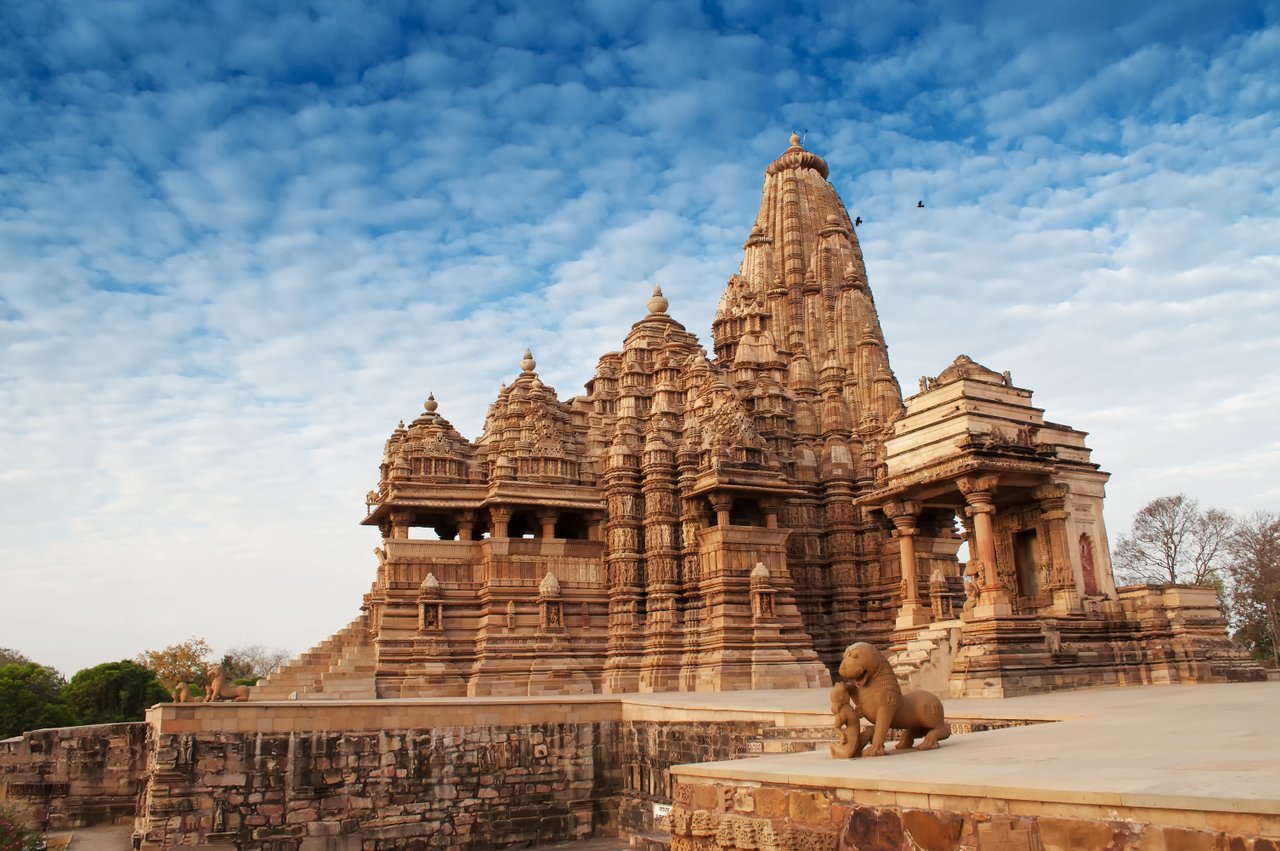 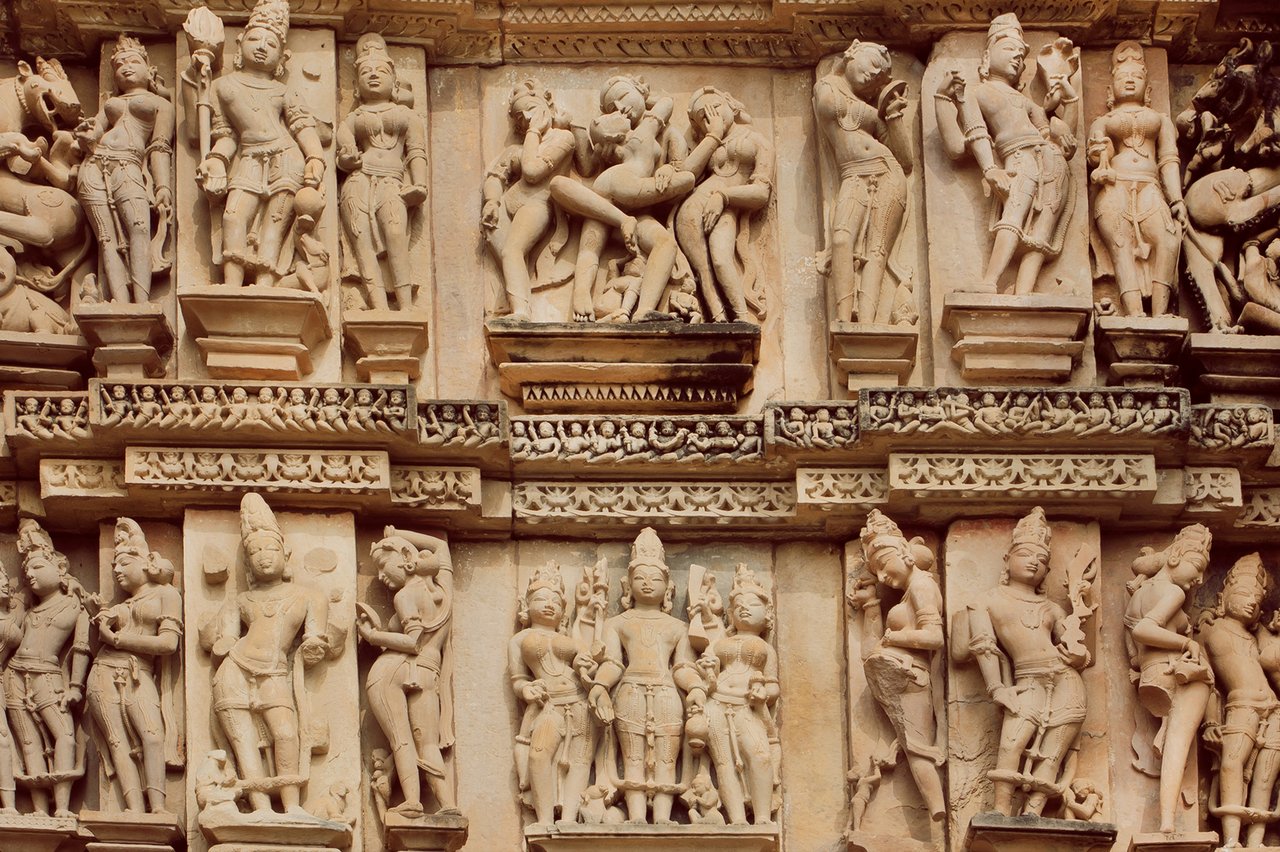 In the morning, after breakfast, departure by car to Allahabad. Upon arrival check-in hotel. Afternoon dedicated to visiting the city, once known as Prayag (place of sacrifice), located at the confluence of the sacred rivers Ganges, Yamuna and Saraswati. The presence of Islamic Mughal and marks the style of the city buildings. 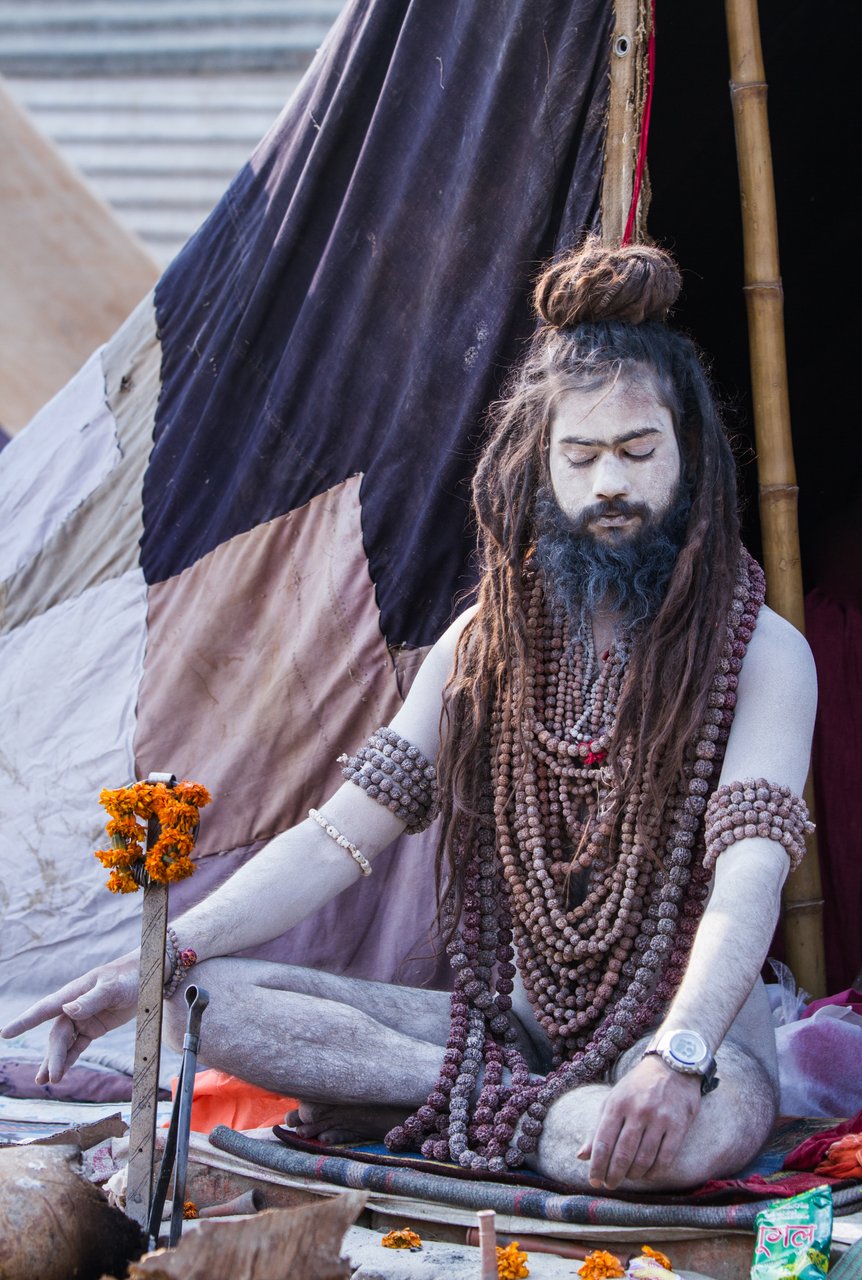 In the morning, after breakfast departure by car for Varanasi . Upon arrival check-in hotel. Then travel to Sarnath - famous Buddhist pilgrimage where Lord Buddha gave his first sermon. Beginning of the evening aarti on the river Ganges Ghat. Overnight at Hotel. 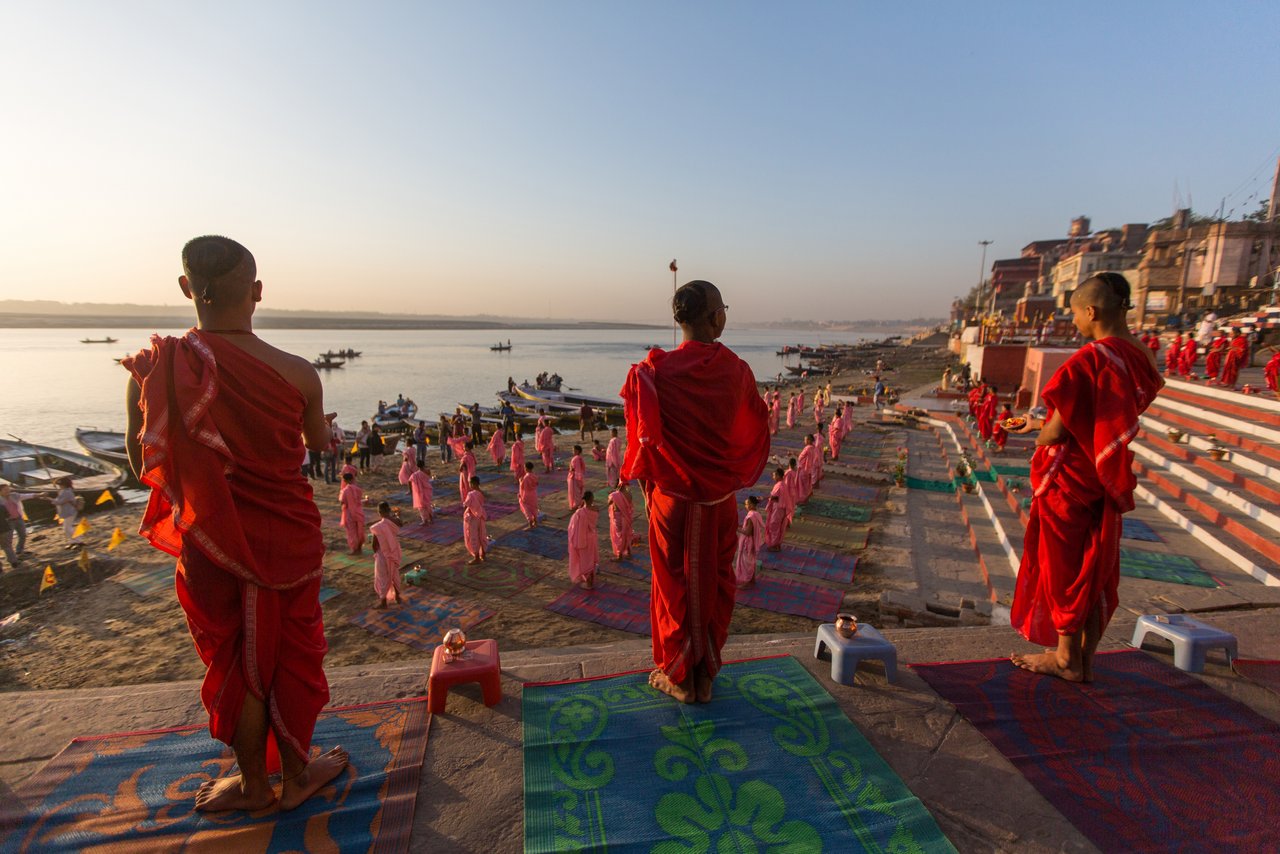 Early morning, experience a boat ride on the sacred Ganges river. After breakfast, you will continue to visit the city of Varanasi, visit the Bharat Mata Temple, Durga Temple, Tulsi Manas Mandir, Benares Hindu University, which has an art gallery and the Mughal emperor Aurangzeb Mosque. He then travels to Sarnath - the famous Buddhist pilgrimage where Lord Buddha gave his first sermon.
Overnight at Hotel. 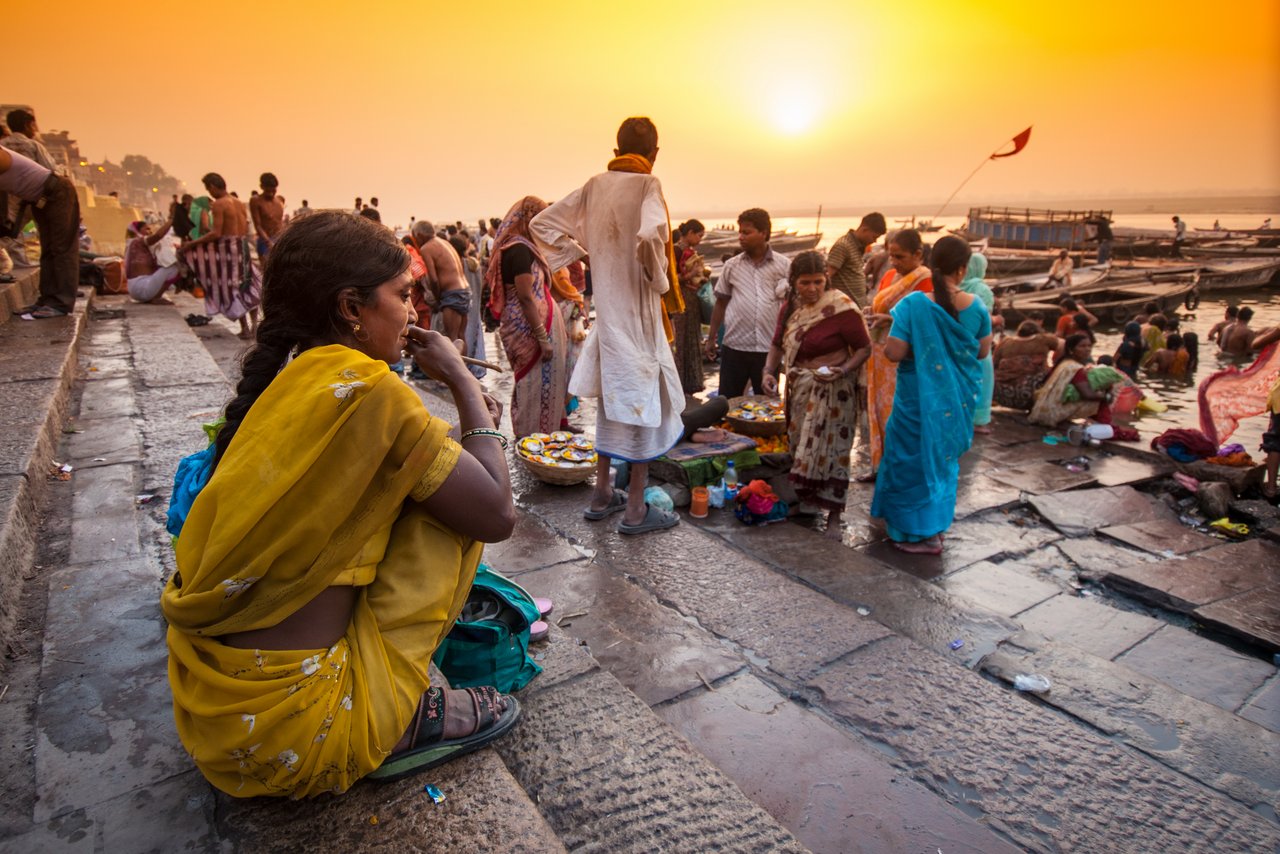 Early morning transfer to Varanasi airport for flight to Delhi International Airport. From here in the early afternoon we will take the flight to Italy with the scheduled flight in the evening.

Price does not include

Night flight where you can rest in comfort for a direct trip without stopovers.

You will arrive in Delhi in the very early morning ready for the Indian adventure.

Visit the beautiful capital of India

This morning I travel to Jaipur

We will leave from Jaipur and after a stop at Fatehpursikri we will arrive in Agra where we will be able to admire the beautiful Taj Mahal mausoleum. Overnight in Agra

Travel from Agra to Gwalior where we will stay overnight

Travel from Gwalior to Orchha where we will stay overnight

Travel from Orchha to Khajuraho where we will spend the night

Visited the temples of Khajuraho

Travel from Khajuraho to Allahabad where we will stay overnight

Travel from Allahabad to Varanasi where we will stay overnight

Visit to the city of Varanasi

Return flight from Varanasi to delhi and then to Itaia

Departures are guaranteed subject to availability of flights upon confirmation